William Wilkinson was one of our earliest individuals to receive a scholarship from the Salters’ Institute. He graduated in Chemical Engineering in 1956 from Christ’s College, Cambridge.

He spent three years as a Lecturer at Swansea University before joining the UK Atomic Energy Authority. In 1967, he moved to Bradford as Professor of Chemical Engineering, where his research focused on fluid mechanics and process dynamics.

He re-joined the nuclear industry with British Nuclear Fuels in 1979 and was elected to the board in 1984. He held responsibility for technical and engineering matters concerning the development and design of nuclear fuel processing facilities. He was Chairman of the British Nuclear Industry Forum from 1992–1997 and President of the European Nuclear Forum from 1994–1996.

William served as President of the Institution of Chemical Engineers in 1980 and as a Visiting Professor of Chemical Engineering at Imperial College. He also served on the Science Research Council and the Advisory Council on Science and Technology and was Non-executive Director of Allied Colloids. He is also a liveryman of the Salters’ Company.

How did you learn about the Salters’ Institute?

My lecture, Peter Danckwerts, actually suggested me for it, he was previously a sailor who was badly damaged in the war due to being part of the bomb disposal. He then became a very successful academic at Cambridge, and put me forward when I was a PhD student.

I was doing my PhD on the control of systems, how they work, and how the engineering can be designed so that the process will work and nothing goes whizzing off in the wrong direction!

I was looking at the mechanical behaviour of columns and chemical systems that can be manufactured– mainly these long columns where the reagents are pushed through, so the product will come out of the top whilst making sure it’s mixed as it goes. Actually a lot of these systems are still used today.

When I first found out I wasn’t aware of who the Salters’ was at first, but was very grateful for their support.

Which awards did you receive?

I was told by my lecture that I had received a Salters’ Scholarship which funded either 1 or 2 years of my PhD. I think it was around about £300 back then, which was a significant amount for me.

At the time I was building some experimental work on dynamic behaviour of chemicals in the laboratory, and it was the first time it was being done. I built the equipment, made sure it worked and I wrote a piece for a journal, and then had to give a report to the Salters’.

The thing we found difficult in Chemistry at the time was putting different element to mix through different types of feeds – so I created a way to mix it so that the system remained stable dependant on the structure of the different elements you are placing into the columns.

How has the Salters’ Institute supported your educational journey?

It was very important to me! If I hadn’t had it I would have hopefully gone into the industry, but I don’t think I would have got as far as I have now.

Many of my children have also gone into Chemical Engineering which I believe was down to me going into this Industry.

And why Chemistry? What sparked your interest in the subject?

Science in general became an interest of mine in secondary school and I was very good at Chemistry, however Chemical Engineering didn’t exist at the time – so I chose engineering when I went to University. I remember how fascinating the things in the laboratory for me when I started.

I remember it quite well – I was about 18, and was taken around the laboratories by this really nice old chap, who went round and explained things that I couldn’t completely understand but he did give me the feel that I would enjoy this, and I had the ability to have a go at it.

Can you tell me a bit about your youth and career journey and the role chemistry played in that?

I grew up in West Yorkshire, and went to a state primary school and then I went on to a state grammar school and received an award there a well.

I don’t want to boast but I did get quite good grades, and as a result I was able to get into Cambridge.

What I found interesting about Cambridge is there was a wide variety of people from multiple backgrounds and experiences. Cambridge in those days, you could pick out 4 or 5 who were really exceptional individuals which was what I found inspiring for me as a young boy.

I then spent three years as a Lecture at Swansea, and whilst there I wrote a book ‘Non-newtonia fluids – fluid mechanics, mixing and heat transfer’. As our senior lecture at Cambridge Danckwerts (who was a real hot-rod at the time), suggested that I created a book on this topic.

I wasn’t there for long because I was offered a very exciting role within the nuclear industry working near Blackpool – I was in charge of building the plants for the fuel that would go into the reactors. It was the thing to be in once that industry started, as Britain led the way on nuclear science.

The company actually reached out to me while I was at Swansea because they knew I was already working on a particular problem designing parts for the plant which were not stationary.

Chemical engineering was a very small community at that time so everyone sort of knew what everyone was doing.

I remember I had to redesign the plant when I turned up because it was quite a mess, and for creating my invention that saved a lot of money and time to the power plant I received £1 from the government! This was because at the time you couldn’t claim that discovery as your own when you were working for a company so that’s what you got.

After being in Blackpool I went to Bradford for a professorship in Chemical Engineering.

Why is Chemistry and Chemical Engineering important? Why does it matter?

It’s always evolving and very exciting, and it can also produce large profits for the country.

What would you say today’s chemists and chemists of the future?

For young people going into university try not to miss science as I believe it leads to lots of exciting things. It’s new but it’s not novel, it’s always going to be around and is part of everything. 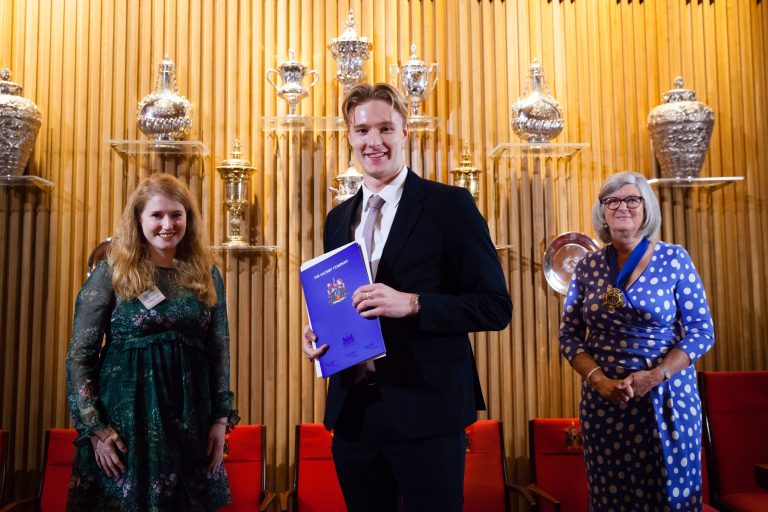 Graduate Awards are for final-year undergraduate students studying chemistry and chemical engineering across the UK. 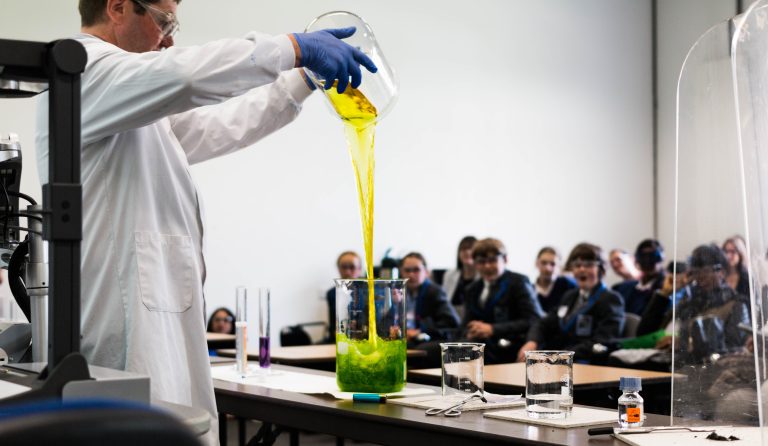 Salters' Centenary Awards are for chemists and chemical engineers starting their careers in industry.